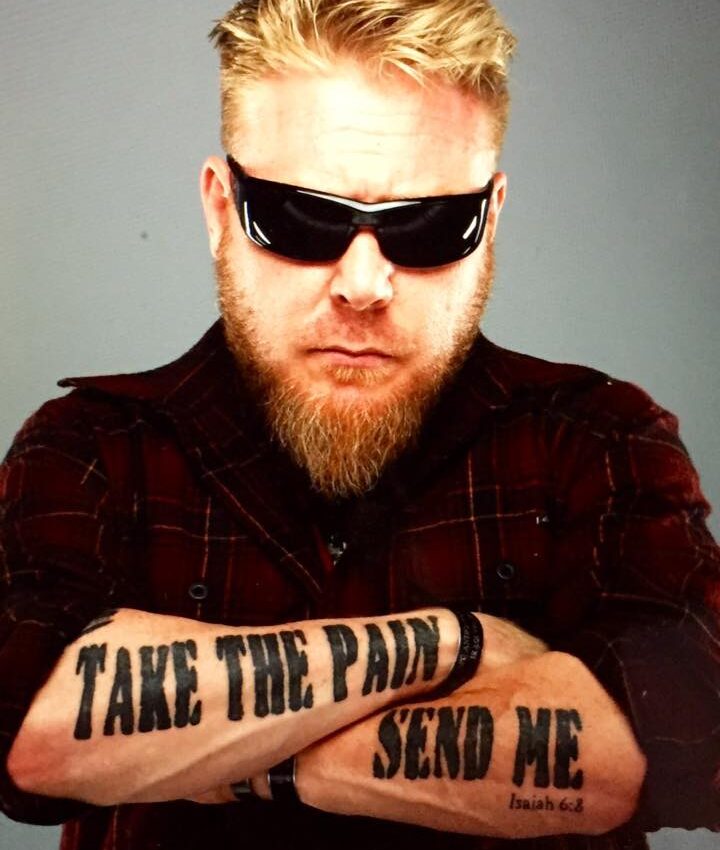 The “Suicide Guy” and the Spartan Pledge
by Boone Cutler

When people forget my name, they usually remember things that describe me: suicide, Warfighter, great hair, and sunglasses. I have the dual honor and displeasure in the veteran community for being known as ‘The Suicide Guy.’ It’s displeasure because who the hell wants to be known for this? And, it’s an honor because of the steps I took to get here. The great hair is noticeable and requires no explanation so let’s jump to the rest.

In 2005, I deployed to Sadr City, Iraq, to fight against the Iranian-backed Mehdi Militia. Although I came home, the struggle didn’t end. For me, the enemy changed, and the war was far from over. In 2006, I was MedEvac’d to Walter Reed Army Medical Center and started a struggle many Warfighters fight; I fought suicide.
A lot of us fought suicide when we came home, and many of us still do. We miss the Warfighter family with whom we deployed and the war because there is comfort in an environment we trained for and excelled within.

I was lonely, hateful, and in chronic pain; I didn’t have a mission anymore. For a Warfighter, our life is the mission, and without a mission, there is no purpose in life. We are obsessed, and we like it. Most of us cringe at the idea of what we see as a pathetic civilian life that lacks familiar ethos. We all have one question, “When can I go back?” We love our families and don’t want to leave them, and we are not adrenaline-addicted junkies, even though it might seem so. Yet, we yearn to go back because it’s another home.
We like dedicating ourselves to the person to the left or the right of us and are mutually devoted to one another in the ‘until-death-do-us-apart’ guarantee only found in war. We live for it, we’ve killed or stood ready to kill for it, and we’d rather be dead than live without it. That’s it. Nothing more.
We have regrets, sure, even when things aren’t our fault. Some things happen in war that we can’t be prepared to face. We are comfortable managing the business end of quickly evolving variables in a world of life, death, and extreme violence without time to digest the chaos before the next mission. Success means putting mental health on the shelf until later. These actions and decisions are how we survive in the space between our ears and stay focused.

At some point, ‘later’ catches up, and the Guilt Monster visits us, sometimes in a bottle or a revolving prescription of drugs unleashes it. The Guilt Monster is real and until we realize it, the monster has the power. After two years in the hospital and another two years on a cocktail of opiates, anti-anxiety meds, sleep meds, excessive YouTube war videos, and whatever else I could ingest to get through the nights, I received a phone call. On the other end of the line was a Warfighter – a brother, and the topic of suicide came up. We depended on each other for survival in Iraq, but it took four years to have an honest conversation about our lonely, individual battles with suicidal ideation. It was a shock. Every Warfighter knows the one death you’ll never mourn is your own. In many cases, killing yet another person becomes nothing more than a number. But, when it’s your brother that might die by his own hand, the world stops.
That day the world stopped for me. I couldn’t help myself get out of my hole that day, but I wouldn’t let my brother die. If I killed myself, who would be alive to stop him from succumbing to his demons? Taking myself out of the fight might inadvertently scrub his life out as well.
It became apparent what we were missing, a battle buddy and a mission on this side of the wire. We didn’t have a battle drill to guide us when the sh*t hit the fan or when we got ambushed by suicidal thoughts. We made a plan that our battle drill was to speak to the other person, at least to say goodbye before either of us took our own life. We are grown men, and neither can stop the other from succumbing to suicide. But, before we take that final action, we pledge first to make contact.
Since then, our original agreement has become the Spartan Pledge:

“I will not take my own life by my own hand until I talk to my battle buddy first. My mission is to find a mission to help my Warfighter family.”

It works because we built the system ourselves. We believe in it because we only trust each other, and it invokes the Warrior Ethos of never leaving anyone behind. We don’t take the Spartan Pledge for ourselves; we take it for the other person. We dedicate a part of our life to having a mission again, helping the community we love, and reestablishing the fellowship of Warfighters.
Tell your veteran friends about the pledge. As for my dark sunglasses, well, I’m just cool like that.

For more information about the Spartan Pledge: [email protected] Boone Cutler is a Veteran and passionate advocate for the Warfighter Community. Check out his books CallSign Voodoo and FPL: Boone Cutler Protocols

Important numbers to keep should you or anyone you know be in crisis and need to speak with someone.